Friday, finally! I am so glad this dreadful week is over. After only a few days back with my old mobile I was so unnerved, I decided to buy a new one. The old one just doesn’t work properly anymore…
My new phone arrived today, and I now have to try to set it all back up as it was. Which is already proving hard to do, because it’s a new software version, which just doesn’t do what I want. ;)

Anyhow, I am feeling much better now, that I am back in connection with the world. How stupid, to make yourself so dependent on such a toy. Makes me feel kind of guilty.

As far as cards are concerned, I don’t have much new to show. My cat tore apart two of the Fairy lights envelopes I had created, which annoyed me quite a bit. I think I even managed 2 minutes of being cross with her (longer is impossible, when she looks at you, with those huge eyes). So I had to re-do these, but I won’t post pictures as it’s nothing new.

So, here are two more. 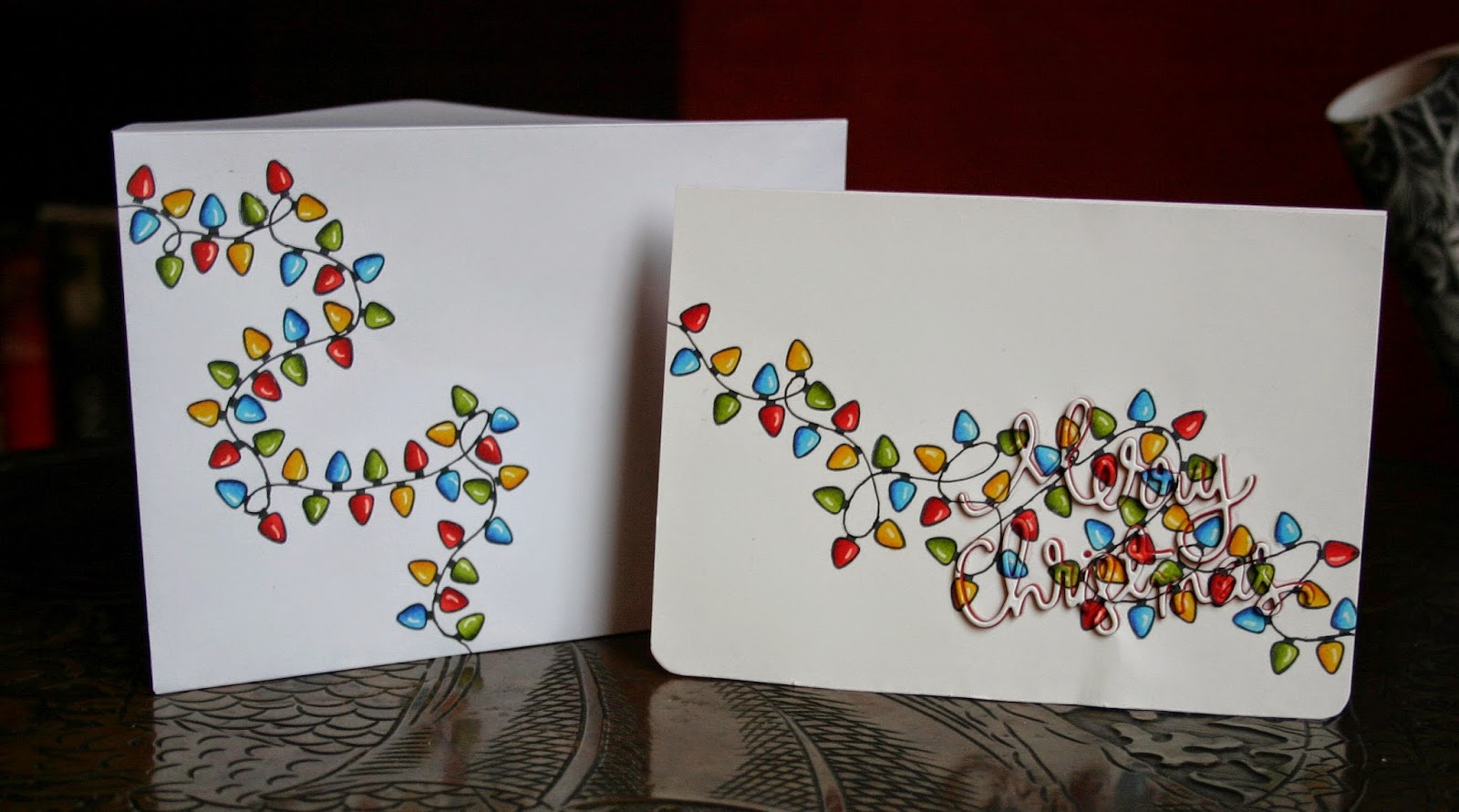 For the first card, I stamped and colored a panel as before and then die cut the Merry Christmas sentiment from the panel. I also cut it 4 more times from red cardstock and stacked the die cuts all on top of each other. That was rather tricky, because the sentiment is so intricate and fragile.

I first used my matte medium, but it didn’t allow enough time to wriggle the pieces in place, so I ended up using a normal clear crafting glue, that’s more liquid and just gave me a moment longer.

When all pieces were stacked I used a paper towel to remove the access glue as good as possible. Then I covered the card base heavily with snail adhesive, adhered the panel to it and carefully pieced in the insides of the letters. Then I added the stacked sentiments.

I like the technique a lot – in theory – but it didn’t turn out as cool as I had imagined. I probably should have used a bolder sentiment die, this one is too intricate – only I don’t have a  bolder one. 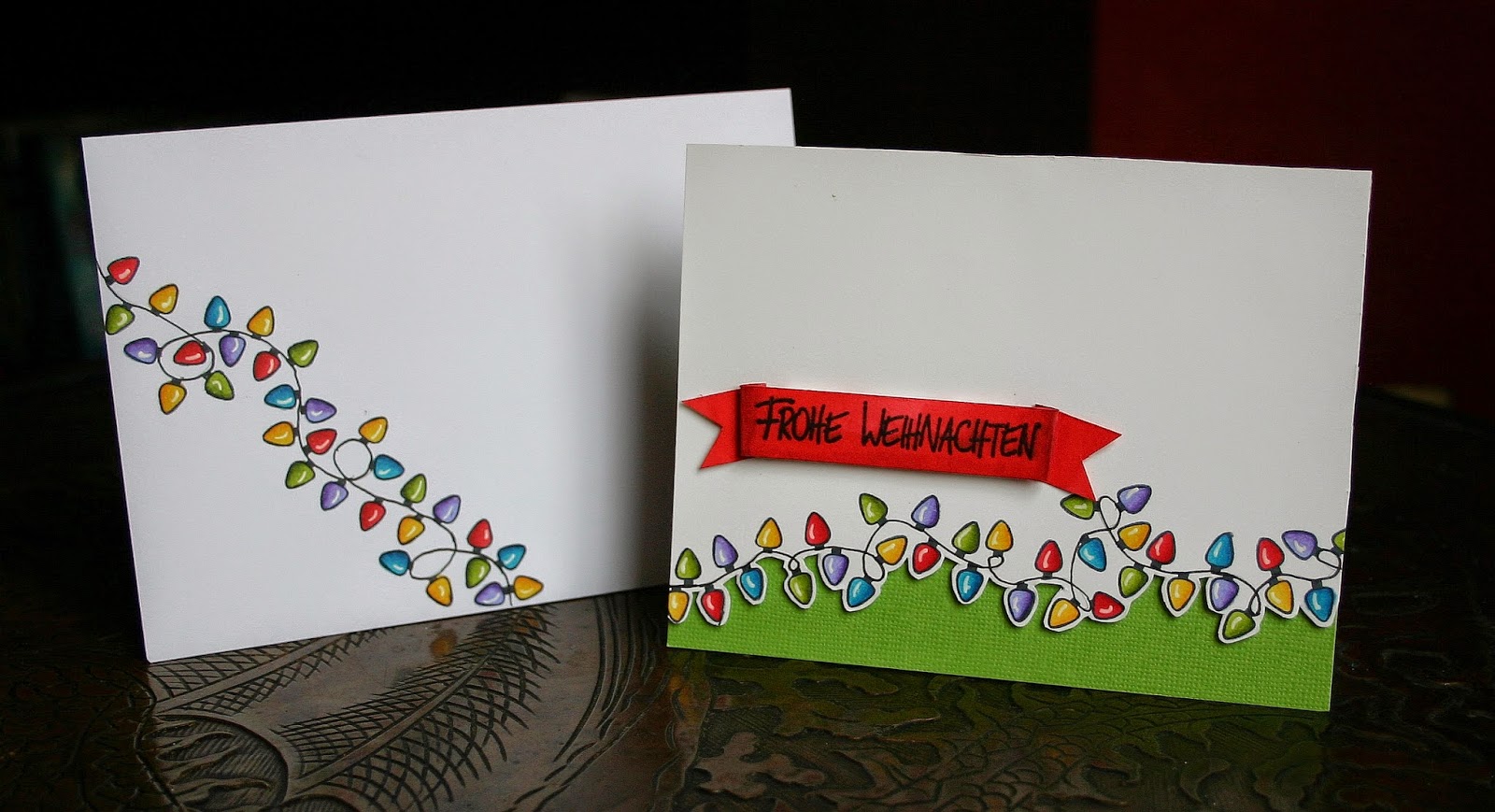 For the second card today, I used the same sketch as for the Halloween card, stamped the lights in rainbow colors (more or less) and adhered it to a bright green card base and added a red sentiment banner. Nothing really new there.

Have a relaxing week-end
Ela